The human visual system is a sophisticated thing of beauty. While for various reasons, things like the eyes' focal length and the size of the retina still appear to be a matter of discussion, it's a simple fact that the system as a whole is capable of performing some neat feats of data processing.

Essentially a video feed composed of individual frames, each sharp and colored only in the central area, horizontally and vertically mirrored, suffering from (by while) heavy perspective distortion, is edited in real time and with very little lag, into what appears to the conscious mind as a high dynamic range, distortion corrected, auto white-balanced, full-color 3D-film with infinite depth of field everywhere in the field of view.

As with all systems, however, errors do occur. The auto white-balancing trick, for example, only works when the mind can establish the white point of the scene, and when the light source has, at least approximately, a full spectral distribution.

In other words, when there's an identifiable, spectrally neutral element in the scene, and when there's enough spectral information to convincingly shift the color balance. Point in case: caves. Caves used to be (and some still are) lit by incandescent (tungsten) bulbs, a full spectrum, but very warm light source, typically having a correlated color temperature below 3000 K. Unless perhaps you're a geologist or a spelunker, what you're going to perceive is something akin to this (I'm working from memory here): 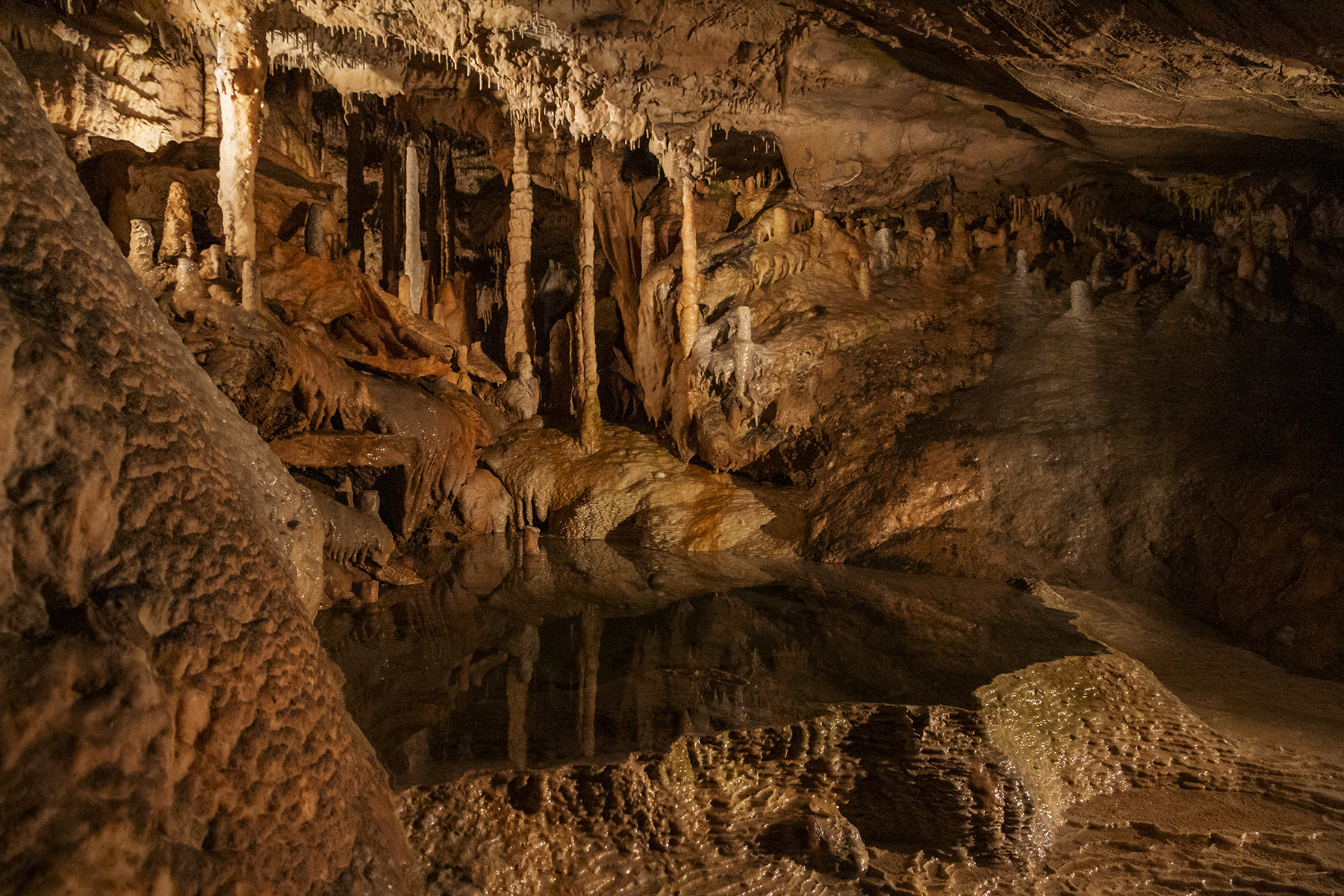 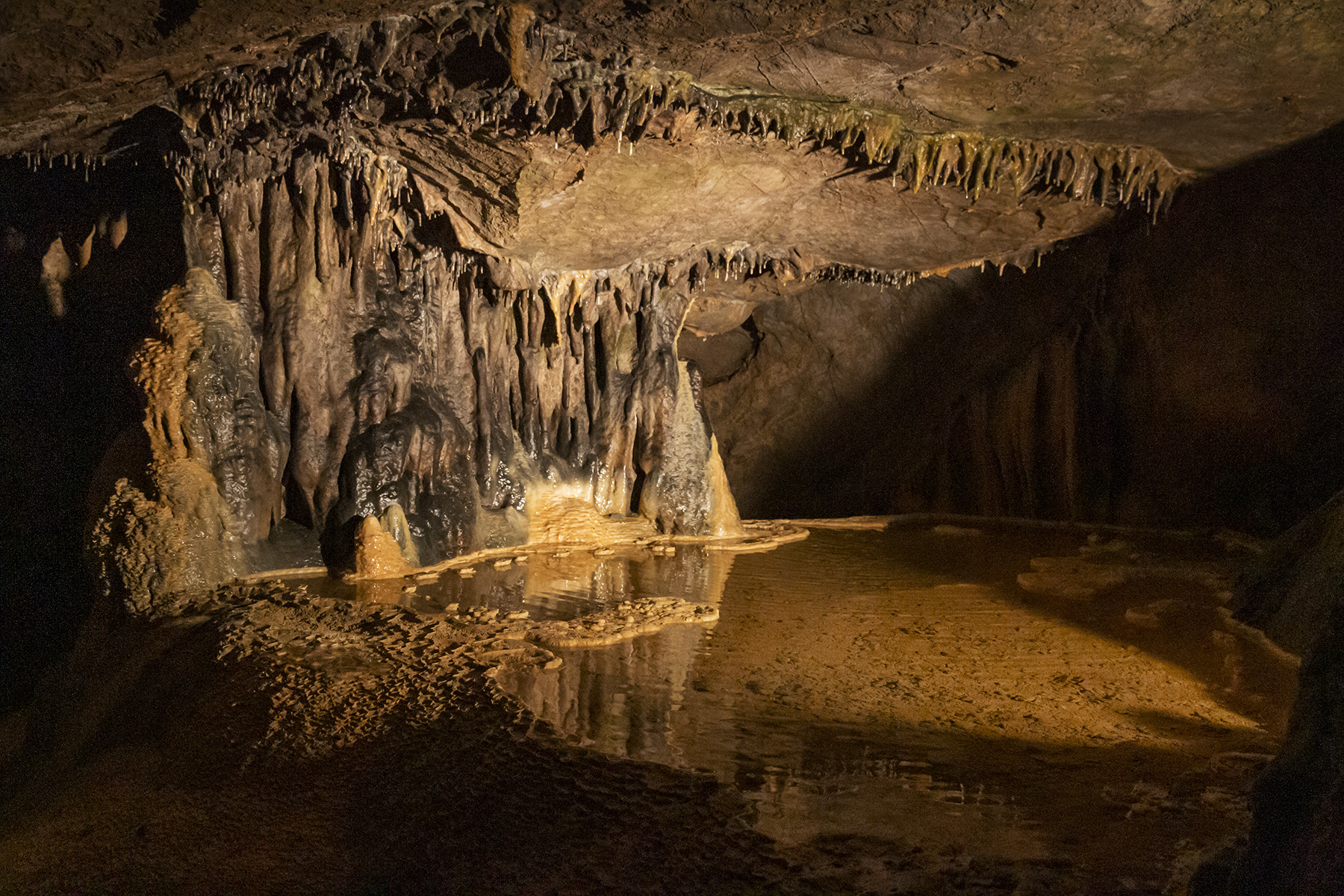 instead of this (note that I haven't changed saturation, only white balance): 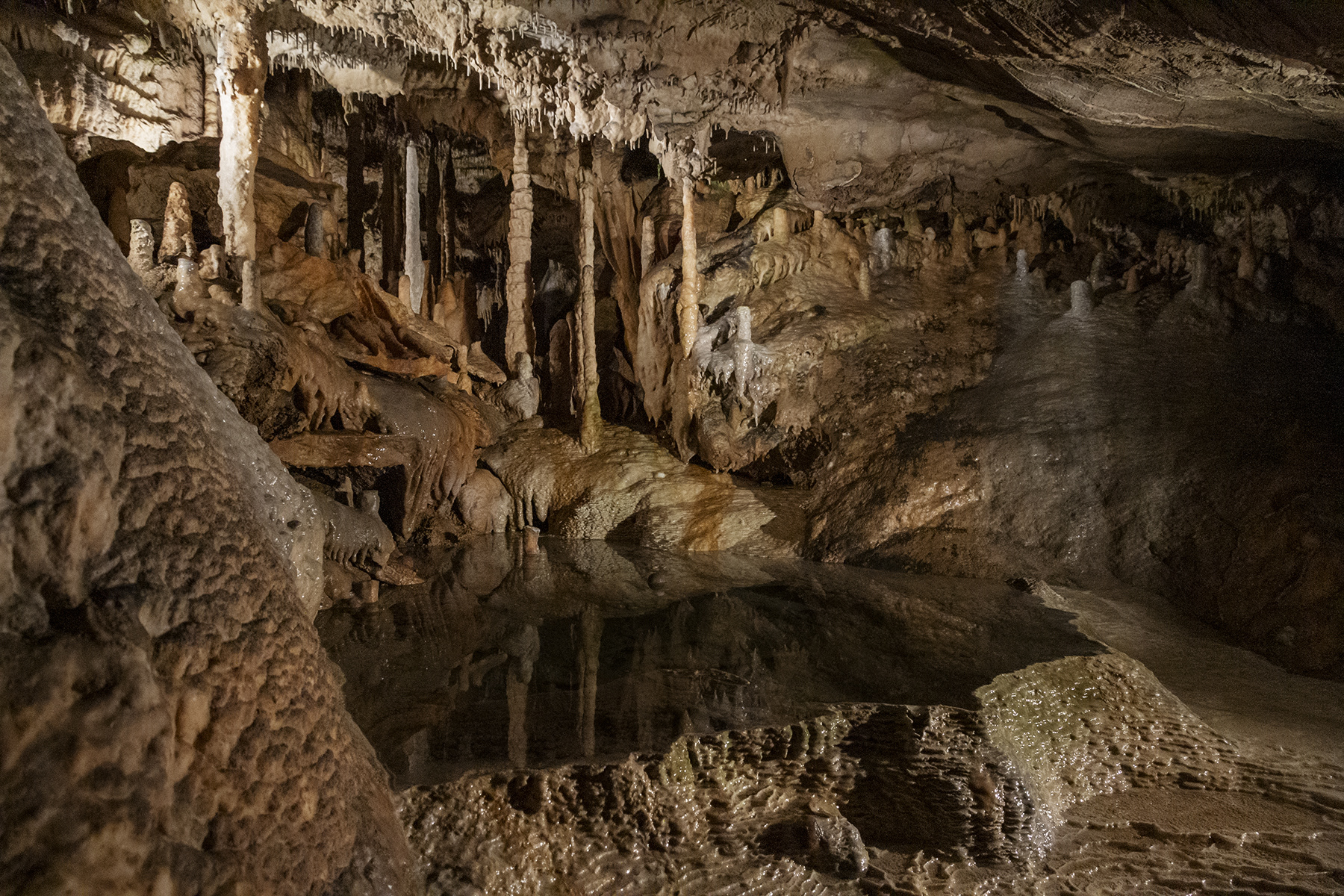 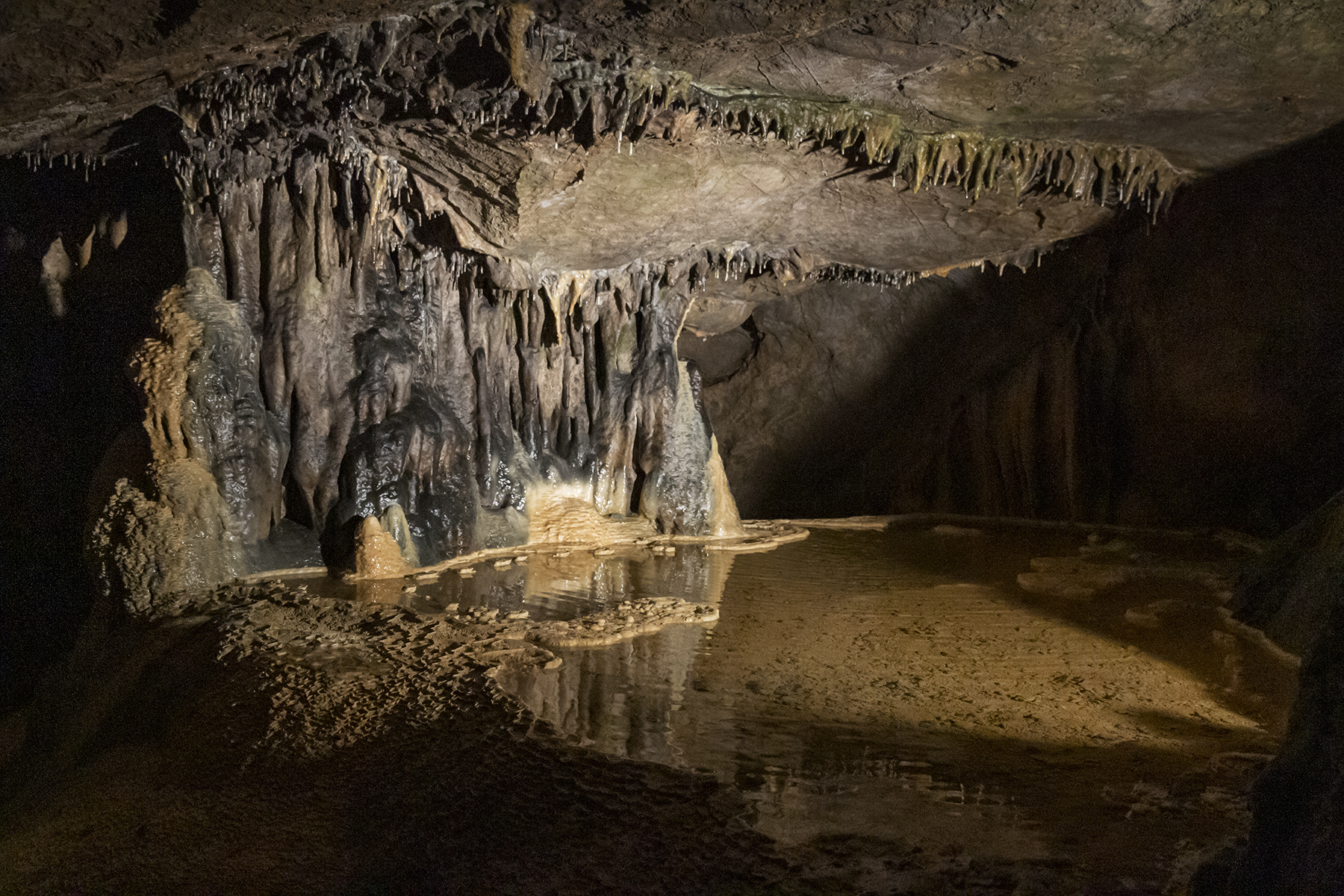 Anyway, when I visited the cave in question, located in the Belgian Ardennes, I remember being shocked when the last part of the tunnel system was lit by LEDs: gone were the brownish yellow-orange hues, in came a surreal blue color cast. Blaming the LED's as being too blue (and silently cursing the people responsible), I was shocked again when I reached the end of the system and saw daylight seeping in: the scene looked the same as the part lit by LED, so they were daylight balanced after all. And after lingering a while in the transition zone between tungsten and LED, the color cast became orange, rather than blue. Going in by elevator had obscured the whole color temperature thing.

Now what on earth has any of this to do with the planet Mars? I thought you'd never ask.

Going back to the not so distant past, I parked my car on one of the parking lots along Iceland's ring road. I stepped out, geared up (hiking style backpack with lenses and filters, two cameras clipped to the shoulder straps, heavy tripod in my hands), and started walking around the lot. Other cars were pulling over, and leaving a short time after; a bus filled to the brim with what must undoubtedly have been frustrated tourists (being allowed to exit the vehicle for 20 % of their day, for 30 minutes max.), spilled its innards all over the parking lot.

With my cameras hanging from the straps, on my chest, the reference to man boobs (or to that guy we all know who thinks he's a professional photographer, only because he's sporting that amount gear) was not that far-fetched and apparently, too difficult to let go off, so by then I'd gotten accustomed to the pointing and laughing. Mostly. While I was realistic enough to know I was at least partly bringing it on to myself, I did make it a point of honor to roll my eyes. Every single time.

Anyway, the vista was nice, but nothing special - that is, compared to the majestic Icelandic scenery I'd been laying my eyes on every single day of the previous two weeks. Apparently, everybody was feeling the same. When I looked down the slope of the parking lot, and up to the bottom part of the slope in front of me, I saw my subject, set up my tripod, and started shooting.

Trading their former ridicule with remarkable ease for what they must have thought of as a convenient way to yet wring a descent picture out of the scenery, some of the coach passengers came over and looked down too. Even without lifting my eye from the viewfinder, I felt their gaze shift from the slope back to me.

In my imagination they shook their heads in disbelief, before heading back to the bus. As my imagination can be quite vivid, they even managed a slight trot, for fear my madness would jump hosts. Much to my satisfaction, I realized photography is a very personal thing.

Anyway, what'd caught my eye was Martian soil. At least, a color-balanced (in the sense of "as it would be seen on Earth") version of it, seasoned with (1) my memory of the surface of Mars as pictured by the rovers, and (2) with my thoughts at the time, on how Icelandic landscapes should be rendered: i.e., abstracted but realistic at the same time, the latter owing to the high amount of high-frequency detail, and very often, with a neutral or slightly cold white balance and without any more saturation than that of the actual scene (less, if anything). You probably noticed there's a high degree of repetitiveness in terms of the actual elements that are depicted; this was necessarily caused by me "working the scene" to such a high extent in order to preserve the Mars illusion, and by the fact that all images were taken from two (fairly static) viewpoints.

Obviously, back home, I needed to follow through and check how well my memory of Martian soil had served me. Not too badly, as it turned out (image credit: NASA/JPL-Caltech/MSSS) :

Now tell me: did the images with a blue sky startle you ?

Landscape: Autumn from the window
↑Back to Top